It’s time to Activate your Superpower. You’ve been waiting for YOU. You’re a big picture thinker, an idea generator, a creative and visionary leader. You’re a risk-taker. You make things happen. You stand out amongst the crowd. You shine brighter than most and always have. You’re a clear and articulate communicator and a masterful problem-solver. You’ve created your life by making your own rules or challenging other people’s rules.  Freedom is one of your highest values and you have a knack for opening doors.

Does this sound familiar to you? Me too, and I know that for each of these gifts, there’s a dark side.

As a big picture thinker, do you sometimes get overwhelmed by the enormity of your own vision? Do you resist details and ‘procrastinate’ the small steps required to get from Point A to Point B only to find yourself impatient with your progress? Do you sometimes struggle to communicate the full breadth of your vision and subsequently go into self-doubt or second-guessing yourself? As someone who has always stood out, do you occasionally revert to pleasing others or compromising your values in order to ‘fit in’? Are you an ‘extroverted introvert’ – someone who gives the impression of being gregarious and outgoing but secretly craves being curled up at home?

Believe me, I know.

Because you make things happen it can be challenging to hand things over to anyone else, preferring to do everything yourself. The problem with that is that while it feels efficient in the moment, you end up draining valuable time and energy on low-value, unenjoyable tasks that someone else could be doing.

And what about this? Does this sound familiar:

You have so many ideas. You’re always thinking and almost always ‘on’. You live more in your head than in your heart so it can be difficult to truly relax, enjoy ‘idle’ time and be authentically present to those around you.

Being a masterful problem-solver means you sometimes create problems just to solve them (even though you might not admit it!). You’re a risk-taker and a freedom-lover so you sometimes speak out against the status quo leaving you ‘out on a limb’ and suffering a ‘vulnerability hungover’.

I understand if these feel familiar because they’re true for me too.

I’ll tell you two more things about your world:

One, you have a solid track record of success, and yet underneath that successful exterior you have a deep underlying fear that each success is a one-off that you’ll never be able to repeat and people will eventually discover that you’re not as great as they thought you were. Deep down, you have a fear of disappointing people so you’re constantly striving to achieve the next thing, and ultimately, that’s depleting and exhausting.

And two, as someone who has always stood out as a bright star you will at times revert to  compromising your value and playing small, suppressing who you really are and ‘going along’ so as not to risk alienating yourself. Don’t be too successful, don’t be too big, don’t be too much or people won’t like you.

For over 25 years, I’ve been a successful manager, leader, consultant and coach. I was the Pan Regional Promotions Consultant for Asia Pacific at 20th Century Fox International. One of my proudest achievements was getting the attention of the two co-presidents of 20th Century Fox Worldwide and proposing that they create a new role, for me. Not only did they receive my proposal but they went ahead and created the role, amidst budget cuts and a hiring freeze. I created the job that I wanted, and it was the only job of its kind throughout all of Asia Pacific. In fact, I’ve been doing that most of my life. Every role I ever had was completely above my pay grade, and it happened because I created it. In a career in marketing and creativity, I generated ideas that people thought were crazy, but actually generated millions of dollars for the organizations I worked for.

These days, I sometimes sit down with people much like me. I use my 25 years of leadership skills, 25 years of creativity, 25 years of business development, 25 years of bold and audacious requests making the impossible possible and opening doors in order to now challenge and expand people’s thinking. If that sounds interesting, you and I should talk. “Before starting the coaching call with Ashley, she asked “what’s the priority focus for the call?” Little could she know that even this harmless little question was enough to inspire instant paralysis, deer-in-headlights-style. I approached the call feeling fuzzy, unclear and with some trepidation but I needn’t have been concerned. With a gentle spirit but firm hand, Ashley guided me past my own obstacles to unearth the answers I needed. I have worked with coaches in the past and while… “Working with Ashley has literally been a life changing experience. Ashley very quickly honed in on my limiting beliefs and gave me tangible tools to change the things getting in the way of me reaching my goals. She has vast experience in creating strategy for reaching one’s targets, as well as a knack for focusing on aspects of our lives most in need, all of which I have found immensely helpful. Ashley is compassionate, supportive, professional and always on the… “I approached coaching because I was seeking clarity and direction in every aspect of my life, particularly my professional life. Ashley’s sincerity as a coach has enabled me to work more deeply and progressively than I ever imagined.  With ease, skill and grace Ashley’s 360-degree insight has shone supportive light on my blind spots.  Her skill in revealing these blind spots has enabled me to recognise, own, move through and ultimately surrender life-long limiting beliefs, habits and patterns.   I love… Why Use Ashley - Super Positive Coach

“Ashley is a consummate professional, full of fun, and manages to squeeze the very best out of people. I started out a little sceptical about coaching, however she carefully and skilfully steers you in the right direction to allow you to question your values, motives and beliefs which in turn drives positive outcomes. Would I recommend her?..Absolutely and be prepared for positive outcome focussed change.” 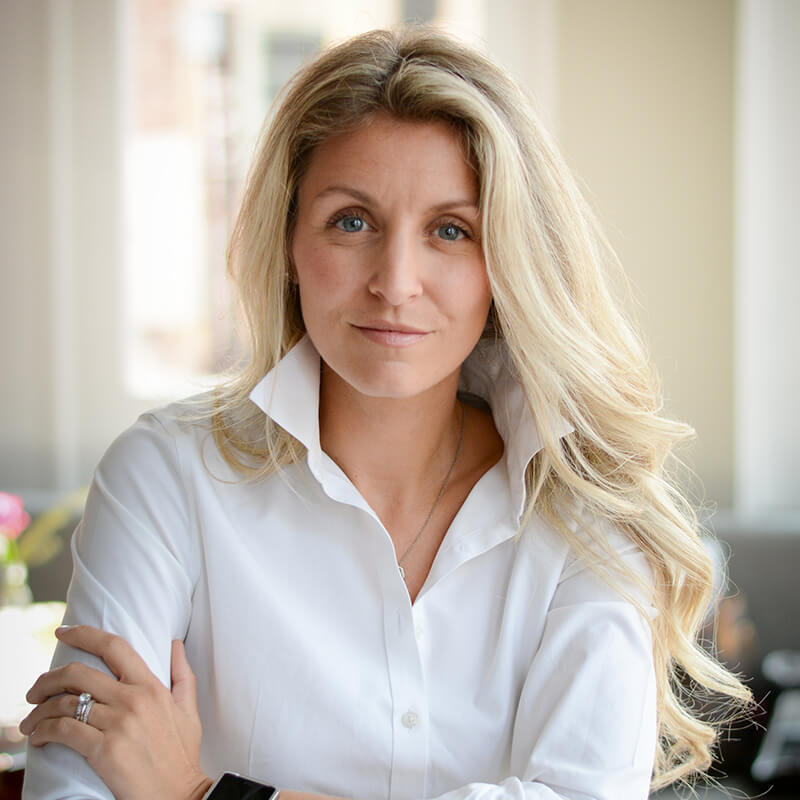 “Ashley has been championing me as my personal coach since April of 2016, and in this short time I was able to breakthrough barriers I never knew existed, further develop and hone in on my strengths, further my relationships and accelerate my career. Ashley’s coaching style is compelling. A powerhouse herself, she embodies inspiration, passion and accountability. Anyone fortunate enough to work with Ashley will see, feel, experience the results they are after.” “Ashley is magnificent!!! This girl makes me feel like I am on top of the world after our coaching calls!! The tools she has given me to achieve my dreams are priceless and her guidance is outstanding!!! I highly recommend Ashley to anyone who wants to go further faster… She is amazing!!!” Ashley is a brilliant Coach

“Ashley is so caring and compassionate, and as a Coach always knows the right words to say to help bring a sense of peace and reassurance. One of the most important qualities of a Coach is being able to sit with a Client and be totally present, and as a Client, you will definitely feel totally supported by Ashley’s presence and commitment. Ashley is an inspiration to her Clients where she is committed to being true to herself and living… Living my Truth! On my Path!

“I am living my truth on a new found path that either would’ve taken me a lot longer to figure out on my own or perhaps never at all. I am so grateful for Ashley’s words of wisdom and guidance to really hone in on my skill sets and ultimate goals. We’ve battled weakening patterns and belief systems which were holding me back. Ashley taught me how to have more confidence in trusting my gut when showing up with integrity,… Insight, wisdom, and a push in the right direction...

“Ashley Good is a clear-thinking, inspiring coach who thoroughly understands what it takes to make small business grow. Ashley patiently guided me through possible opportunities, helped define a workable strategy, and gave me step-by-step guidance on implementation. Her ideas were valuable and well-informed. She challenged my thinking in many areas, and was able to quickly grasp exactly where my business was and where it could go. Her recommendations and much needed ‘kick in the pants’ re-launched my business in a new direction and in less than… I can attribute a promotion and two pay raises in 6 months to Ashley’s coaching. She is an outstanding coach who is totally committed to her clients’ success and every session with her will feel like a turbo boost into the next level of your life. Through our coaching I gained amazing clarity in my personal and professional life. With that clarity, I developed a vision for my professional life that was out of reach before coaching. With each new… “I started coaching with Ashley when my marriage ended. She was a God send. She supported me and got me back on track in record time! She is  Absolutely Brilliant, Lovingly direct, Understanding, Strategic, Powerful and Extremely Empowering at the same time. She gives me simple solutions that has made Major Positive results in my personal and professional life. She is the Whole Package. I signed up for 6 months of coaching with Ashley. Since I started I am happier… Phenomenal coach that transformed my life in 12 months

“Ashley is a phenomenal coach who over the last 12 months has transformed my life across every single dimension. Her coaching has had the following impact on my life: Spiritually I am no longer limited by the voice in my head, instead I’m now driven by my inner masculine that is ambitious to know no limit, while strong and unmovable to protect my wife Career wise, I’ve turned around a string of poor performances at work to two pay-raises, a… She is the “Angel and the Devil” on my shoulder...

““I have been coached by the amazing Ashley Good for the past 12 months. She has the uncanny ability to cut right to the core of anything we are discussing. Her ability to “read my mind” and draw out exactly what is going on is something I have never experienced in a coach before. Her intuition and perspective is second to none! She brings the best out in me and at the same time keeps me accountable in a gentle…

“My personal growth journey with Ashley has been the most rewarding in my life. Now that is saying a lot coming from me! Facing my challenges from an early age, being a qualified therapist and life coach and business mentor myself, I was fussy on who I would next work with. I knew it was going to take someone special to assist me in peeling those extra layers off and accessing what needed to be released deep within. That special…

In delicious anticipation of 2021, I am currently inviting expressions of interest for 2 new offerings:

2. An easily accessibly monthly members program based loosely around the childhood game “Truth or Dare”. It will be lots of FUN!